As we head into the season for giving, Revelstoke’s office of financial firm Edward Jones has kicked it off donating over $4,000 to the Revelstoke Women’s Shelter Society.

“I think the shelter is a great cause,” financial advisor Chris Bostock said. “We live here. If you support these types of organizations it betters your community and it betters everyone’s standard of living.” 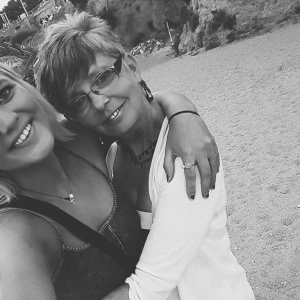 Edward Jones is a financial planning firm across Canada and the U.S. Its branches in the B.C. interior region recently gathered $4,495 in honour of their long-term Salmon Arm colleague Coralie Tolley who passed away in September 2017.

“Women’s causes were one of Coralie’s passions,” Bostock said. “She was involved in a number of organizations in Salmon Arm.

“This was also a way of giving back to the Revelstoke community who has supported our branch for the past ten years.”

Often in abusive situations, the hardest part is leaving and finding somewhere to go. Having facilities like the women’s shelter available means any woman and her children have a place to turn to in difficult times.

“I would love to know that if a family member was in the same shoes as the women using the facility currently, they would have somewhere to go,” Bostock said.

The Revelstoke Women’s Shelter Society has been operating since 1989 and B.C. Housing funds the shelter’s operating costs for five beds. Donations to the shelter go towards extending the shelter’s capacity with more beds and for essential programming that includes separate women’s and men’s groups and community and youth education.

Last month the women’s shelter raised awareness and over $2000 in funds through its Halloween party on October 27. It was a huge community effort with local businesses and organizations donating their time and items for the party and silent auction.

“The Revelstoke community really came together,” shelter executive director Lynn Loeppky said. She intends to expand on the success next year with another party. “It’s heart-warming to see so many people care and take action.”