About White Ribbon: An online story from the Revelstoke Women’s Shelter

Violence against women is an issue for everyone and as we remember the 14 women killed in Montreal on December 6, 1989, we look at how Revelstoke’s focus on men’s issues helps in the long-term.

One of the biggest successes for the Revelstoke Women’s Shelter Society this year has been the creation of its men’s program, Moving Mountains. 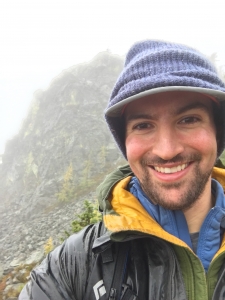 The group is a social network that gathers for activities and is a place for men to turn to for support. Ages currently range from 25 to over-80.

“We have a consistent group who like to get together,” coordinator Taha Attiah said. “It’s slowly growing. Having the group allows guys to take their mind off things or if they want to talk, there’s myself and others there to do that.”

Allowing men to express their unique qualities and stories through this type of group combats the toxic culture of masculinity.

The term ‘toxic masculinity’ has been used since around 2016 as discussions around gender and abuse heightened with the election of President Trump and the impact of the #MeToo movement.

The toxic culture of masculinity is about the impacts of pushing specific gender roles. Women have fought to remove many confining beliefs and men also suffer from exaggerated expectations of their gender. These include being unemotional, sexually aggressive and using violence to solve problems or express anger and frustration.

This Thursday December 6 is the National Day of Remembrance and Action on Violence Against Women. It goes back to 1989 to an event that shaped the conversations we have today.

Fourteen women at the École Polytechnique in Montreal were killed specifically because of their gender. The majority were engineering students aged in their early twenties with future aspirations and plans to live full lives. Their killer, 25-year-old Marc Lepine, suffered from mental health issues and blamed feminists for the difficulties he had faced in his life.

In 1991 a handful of men in Toronto decided they had a responsibility to urge other men to speak out about abuse. They wore white ribbons as a pledge to never commit, condone or remain silent about violence against women and girls. 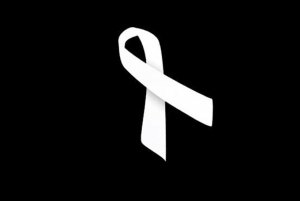 Men are a vital part in reducing violence against women. While the Revelstoke Women’s Shelter received funds to launch the Moving Mountains group, the shelter is otherwise hands-off in the group’s direction.

Moving Mountains will be heading indoors for the winter but for the meantime, with the support of the Aboriginal Friendship Society and Revelstoke Forestry Museum’s Brian Sumner, they will still gather for the Men’s Fire Group.

“We decide what we want to do, such as woodworking more recently, or axe throwing,” Attiah said. “The Men’s Fire Group was a natural fit, so we attend that regularly.”

With groups like Moving Mountains and opening up the conversation about our personal struggles and mental health, it helps remove the taboo of suffering. To get involved with Moving Mountains, contact Taha Attiah at [email protected]